My thoughts on The affects of pornography on children and adolescents.

The affects of pornography on children and adolescents. 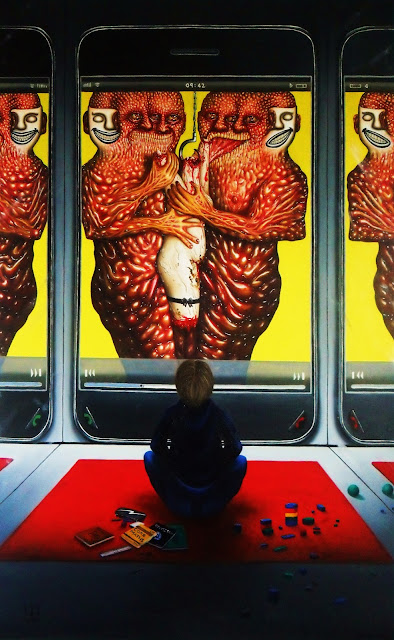 There are so many factors that contribute to the sexual violence of girls and women. And I believe that one of the biggest and most pernicious contributors to that sexual violence, is pornography. I say that because pornography has become globally instantaneous, easily accessible and available to both adults and children.

Before the internet, pornography consisted of magazines of 'Naked women' that adult males could buy from adult book stores. Or they could obtain illegal hard-core material through the mail. And some children may have discovered it hidden by older males. However, things have changed dramatically since the explosion of the internet.
Now, hard-core, sexually violent pornography has become 'Children’s entertainment'. And children as young as six years old are viewing this most abhorrent material at the click of a mouse.
They are seeing the most popular, mainstream, hardcore pornography, including gang rape, bestiality, incest, young teens getting anally ripped, fisting, women being urinated, spat and defecated on, being pummelled whilst their head is in a toilet bowl and other sadistic sexual violence. And all this is probably happening even before their first innocent, natural kiss.

Many of the women in pornography are trafficked, sexual abuse victims, drug dependant or coerced. But these young minds are being warped to believe that women are dirty whores who love to be hurt,degraded and dominated.

Not only is pornography detrimental to children’s minds and bodies. I believe that there will be more sexually motivated 'Child on Child' assaults, which are incited by these early harmful 'sexual' experiences, who already possess the mindset of female objectification and human disregard. Adult male sex offenders fuse and eroticise sex and violence and when they have succeeded all violent pornographic materials which fuelled their fantasies. They take that next level into reality. This will happen at an earlier age to those males who are predisposed to sexual offending and have unrestricted access to pornography.

Police officials in many countries are already experiencing an increase in sexual offences committed by children, including gang rapes.
Sexual violence against females has become both accessible and acceptable via pornography by many children. Even young girls are led to believe that this is what adult woman enjoy and want.
This is a very dangerous factor in 'Permission giving' sexual violence and the perception that females are mere body parts that you can act out your fantasies on and be incited by. It's easier to hurt or rape an object.
I know that I have focused on just pornography, but I believe it is a highly significant one that is changing society’s views and beliefs. Especially that of young boy's who are receiving such a warped perspective of their first 'sexual experiences' by the exploitive and criminally induced pornographic industry.

Unless we act, and teach our children about this warped and violent pornified culture of ours...This evil will not only prevail, it will escalate to immeasurable consequences.

Pornography addiction worry' for tenth of 12 to 13-year-olds

Children as young as six 'uploading sexually explicit content of themselves'

The Harms of Pornography Exposure Among Children and Young People

The Detrimental Effects of Pornography on Small Children

Why girls are having rough sex at 12

a selfie of a 13-year-old girl posed on Instagram last week, with the words ‘Boner Garage’ scrawled on her bare tummy


Posted by the violence of pornography at 08:39